“Traveling – it leaves you speechless, then turns you into a storyteller.” – Ibn Battuta

I’m back! It’s been a while since my last blog post. I hope you weren’t worried. I’ve been busy writing, but I’ve also done some traveling. And I’ve been looking forward to sharing some bookish highlights with you.

My friend, Valerie Berry, is one of her travel agency’s most successful agents, and she invited me to join her at the agency’s Top Producer’s Retreat – over a weeklong river cruise on Europe’s Danube River. The retreat took place aboard the AmaViola, AmaWaterways’ luxury ship as well as on tours in six cities along the Danube River. We visited Germany (Passua), Austria (Linz, Weissenkirchen, and Vienna), Slovakia (Bratislava), and Hungary (Budapest). So while Valerie worked, I was able to see Europe and get some writerly inspiration. I’ve mentioned in previous posts how much I love to save money, so tagging along with Valerie was a great way to see Europe at a substantial bargain. She’s a fantastic travel agent, so be sure to check out her website and reach out to her to plan a dream vacation for you.

Okay, so here are a few highlights:

But before I reached Germany, I stumbled across a surprise in the Schiphol Airport in Amsterdam – a library! I’d never seen anything like it before. It features 500 translated books from Dutch authors, in 41 languages. 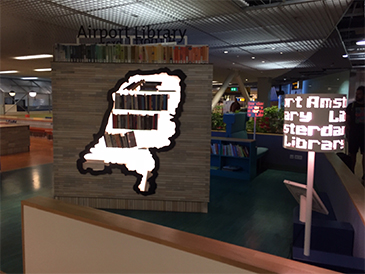 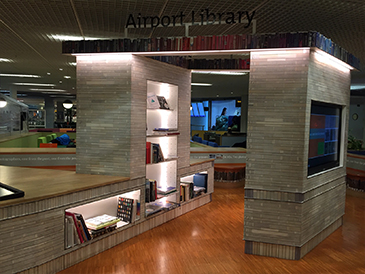 From Linz, Austria, we took a tour of nearby Salzburg, a filming location for The Sound of Music and onetime home of the real von Trapp family. Outside of the Salzburg Cathedral, I noticed another surprise, a familiar looking advertisement for “sext in the city”. But instead of a screening of the TV series or Candace Bushnell’s book on which the series was based, it was an attention-getting sign for lunchtime prayer in the Salzburg Cathedral. I learned that noon was called “Sext” or “Sixth hour” in the Bible, referring to the sixth hour of the day after dawn.

In Salzburg, Austria, I was moved by a monument called “Book Skeleton”, which was built to commemorate the burning of about 1200 books by the Nazi regime on Residenzplatz Square in 1938. According to the city of Salzburg’s website, “The black book sculpture made of metal is set against a white backdrop, just as pictures and texts would be found on paper. The actual framework of the book is intended to symbolize the burning, while the fact that it stands there as an “empty” book symbolizes all those works that had been burned. The book skeleton is illuminated around the clock, meaning that it is also clearly visible at night.”

In Bratislava, Slovakia, I had a little fun with a huge statue of Hans Christian Andersen, who wrote thousands of stories including “The Princess and the Pea”, “Thumbelina”, “The Little Mermaid” and “The Emperor’s New Clothes”. I like to say that he is declaring me a writer in the photo below. 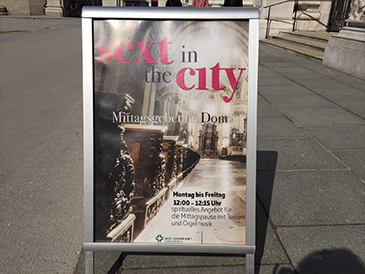 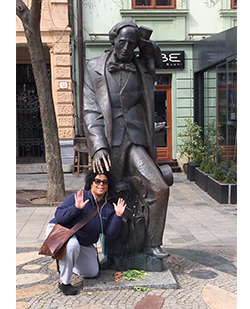 I am grateful for this inspiring trip, and I promise you that I will have a big announcement in the upcoming weeks. Stay tuned. You don’t want to miss it.