A Bunch of Firsts in New York City 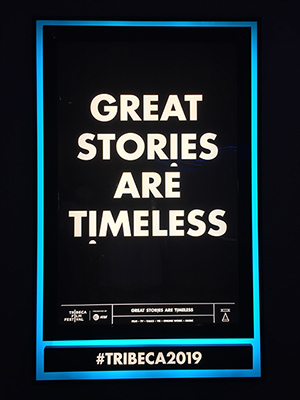 New York City is one of my favorite places to visit. I usually look forward to seeing a Broadway show and splurging on cronuts. But a recent trip was different. It was filled with new experiences that have a special meaning. I planned the trip as a professional development retreat to strengthen my writing. I feel like my writing is going well overall, but I’m always searching for inspiration. And the trip delivered more than I could’ve imagined!

I hope you’ve been enjoying my flash fiction stories. I love writing short fiction, but I’m also working on a women’s fiction novel. My flash fiction stories give you a good idea of what my novel will be like, and I promise to share more about the novel when the time is right. In the meantime, let me tell you the first reason the New York trip was special—I took my first in-person writing class! I’ve done several online classes, including Kathy Fish’s Fast Flash© workshop (It’s fantastic!). But it was a treat to be in a room with other writers to talk about our novels and give each other feedback. The class was at Catapult, which made the experience even more exciting because Catapult also publishes bestselling fiction and nonfiction books. The class gave me a new perspective on how to structure my novel and how the story will unfold.

The trip was also special because it marked my first time attending a concert at Jazz at Lincoln Center, where trumpeter and composer Wynton Marsalis serves as managing and artistic director. It’s always a joy seeing Marsalis perform. His artistry and storytelling never disappoint. Instead of the usual orchestra, The Future of Jazz Orchestra played during my visit. The concert was called Ellington Through the Ages, and the orchestra featured Marsalis, bassist Rodney Whitaker, trombonist Wycliffe Gordon, and saxophonist Dan Block leading a group of young rising jazz stars. I was elated to see two incredibly talented women artists in the group—bassist Endea Owens and alto saxophonist Zoe Obadia. The concert took place in Jazz at Lincoln Center’s Rose Theater. I’ve never seen a performance space quite like it. It feels so intimate because it was designed with the audience in mind. Its three tiers are designed so that the furthest seat is no more than 90 feet from the stage. And the acoustics are amazing. It was a delightful evening!

My mind is still blown by the final highlight—my first time at a Tribeca Film Festival screening. I’ve wanted to attend the festival for a long time. And I didn’t realize that it would be going on during my trip until I arrived at my hotel and noticed that a neighboring movie theater was a part of the festival. On my last day in town, I was able to fit in the award screening of “Burning Cane”, which won three awards at the festival—best U.S. narrative feature, best cinematography, and best actor for Wendell Pierce. At 19, the movie’s writer and director, Phillip Youmans, is the youngest filmmaker ever accepted to compete in the Tribeca Film Festival. But he was just 17 and finishing high school in New Orleans when he completed the film. I was surprised when a festival staffer announced that Youmans was at the screening and would briefly introduce the film. He also returned after the film for a Q&A session along with actor/producer Karen Kaia Livers and producer Ojo Akinlana. They shared background on the film as well as stories about casting decisions and how the film was financed. It was exhilarating! There’s nothing quite like Louisiana storytelling, whether on screen or in person. My soul was blessed!

The trip really boosted my writing. It helped me put some finishing touches on a project that I’ll be telling you about very soon. I’ll post it here first, but make sure to also follow me on social media so you don’t miss any updates. I’m @roseyleebooks on Twitter, Facebook, and Instagram.